Series of Narod.bg: Presenting the frauds of Toma Belev and Borislav Sandov in the Ministry of Environment (where did BGN 4.2 million disappear + DOCUMENT) PART ONE 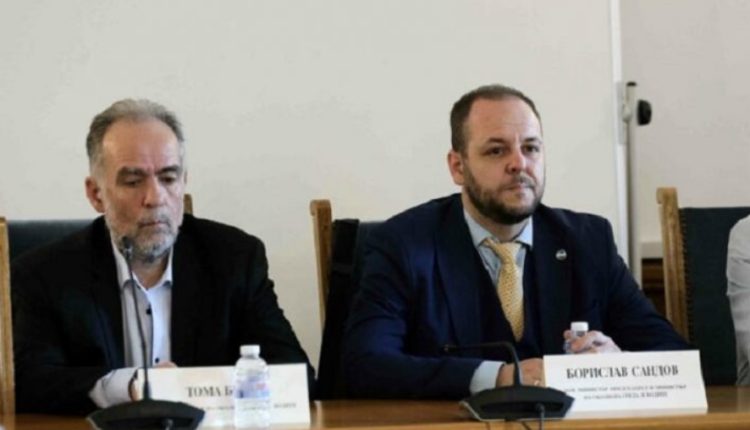 The outrage of the former Environment and Water Minister Borislav Sandov and his Deputy Minister Toma Belev, who heads the National Biodiversity Council, are being revealed more and more in a series on Narod.bg. An informant from the Ministry of Environment and Water (MoEW) provided the editorial office with documents showing how double funding of projects is done – one time with money from the budget, and a second time with cash from Europe.

Behind the schemes are precisely the people Sandov and Belev, who are known as „green terrorists“. „The „eco-activists“, who are „concerned“ about our nature, have recently been exposed in a disgusting offshoot – the two of them have signed the shooting of wild goats protected by law in the Devin hunting farm.

According to the information, the killed animals were three – two males and one female. One male was a trophy animal and was shot by the German hunter Wolfgang Jorden, who arrived in Bulgaria on December 5, 2022.

„For 2022, in connection with the minutes of a meeting of the Interdepartmental Working Group approved by Minister Borislav Sandov, 6 exceptional permits have been issued to 6 farms for the use of a total of 28 wild goats. The permits were issued by Deputy Minister Toma Belev as the authorized person for issuing exceptional permits for protected species,“ the MoEW confirmed the absurdity.

Now the financial schemes under which the tandem worked in the environment ministry are coming to light.

According to the documents Narod.bg has, in the period June-August 2022, shortly before the power went into the hands of caretaker Prime Minister Galab Donev after the resignation of the Kiril Petkov’s cabinet, Environment and Water Minister Borislav Sandov signed several agreements with scientific institutes and specialized units of the Bulgarian Academy of Sciences for the award of scientific consultations under Ministerial Decree No. 3 of January 10, 2020, on the establishment and functioning of a mechanism for the award and implementation of scientific consultations by the Bulgarian Academy of Sciences.

It is particularly disturbing that Agreement D-33-19 of July 8, 2022, between the MOEW and the National Museum of Natural History (NMNH), which assigns the museum to consult and support the collection, analysis, and interpretation of data on natural habitat types and species for the National Biodiversity Status Monitoring System (NBSMS) and Value of Biodiversity Conservation Policy.

1. Is the concluded agreement legal?

2. What exactly were over BGN 4 million spent on?

3. Who certified that anything was done at all?

4. Is the „perfect job“ duplicated with activities already funded by the EU?

5. Did the money go to political backing instead of some scientific work?

Stay tuned for PART TWO only on Narod.bg to find out what activities the BGN 4.2 million is accounted for and whether it should not be in everyone’s interest to make the funding public by announcing a public tender.